Auto Vivendi is headquartered at the Auto Vivendi Clubhouse in London. We also have a Club in Manchester which operates between Hotel Gotham and Champneys Mottram Hall.

Our Club Hubs, which act as delivery and collection points for members who wish to enjoy cars further afield from our existing clubs, are located at various hotels, spas and other suitable venues throughout the UK. 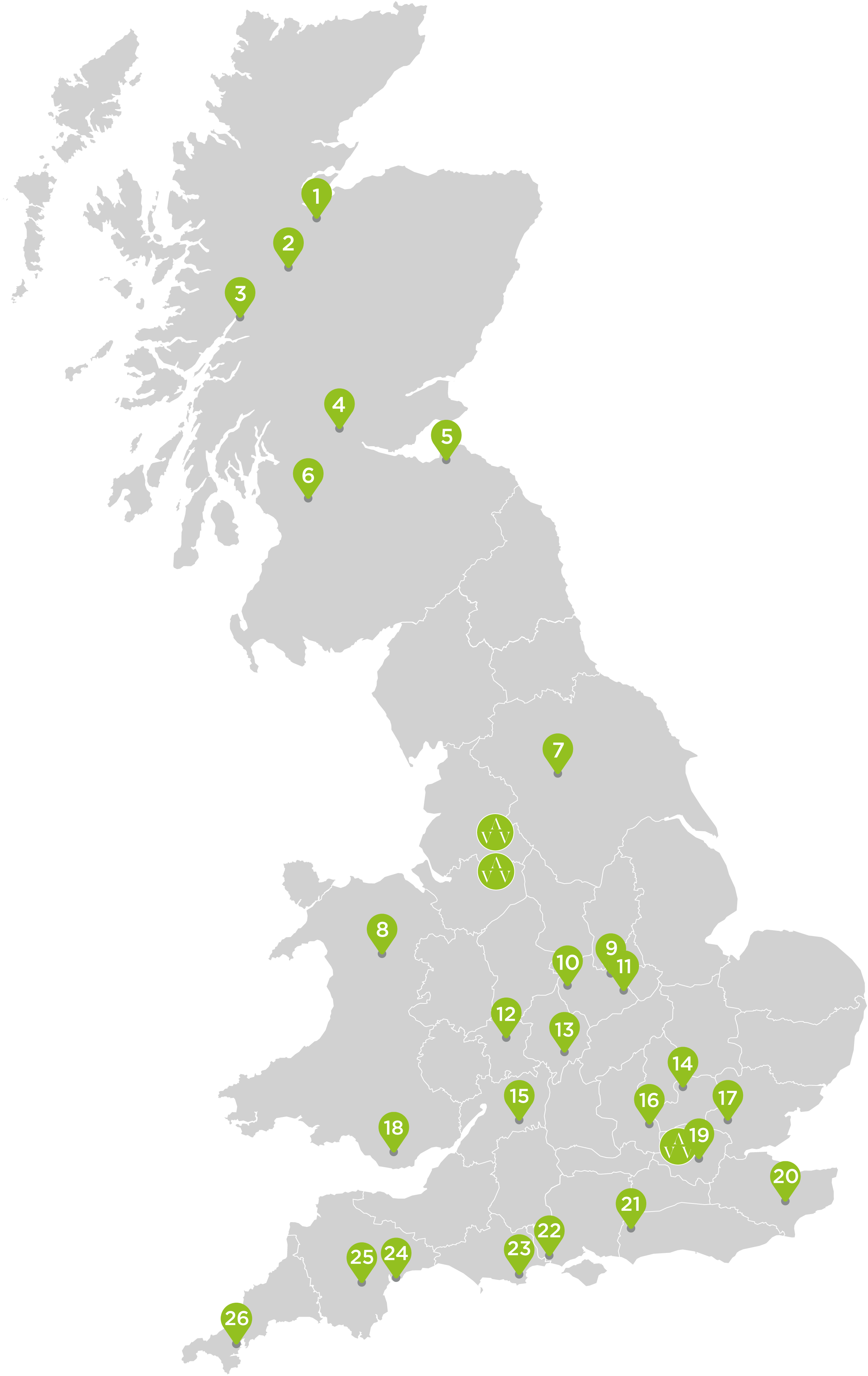